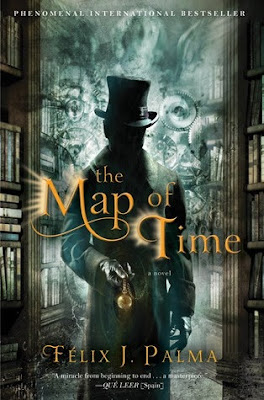 Characters real and imaginary come vividly to life in this whimsical triple play of intertwined plots, in which a skeptical H. G. Wells is called upon to investigate purported incidents of time travel and to save lives and literary classics, including Dracula and The Time Machine, from being wiped from existence.

What happens if we change history?

Felix J. Palma explores this provocative question, weaving a historical fantasy as imaginative as it is exciting - a story full of love and adventure that transports readers from a haunting setting in Victorian London to a magical reality where centuries collide and a writer's mind seems to pull at all the strings.[Goodreads Summary]

Why I want to read it: I am in love with the cover of this one, which I am sure is what first caught my eye when I came across this one. Then the description definitely sold me on it. Time travel and the saving of books (and lives)? A Victorian London setting? I am there! 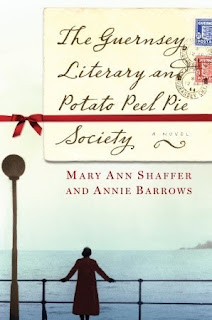 Written with warmth and humor as a series of letters, this novel is a celebration of the written word in all its guises, and of finding connection in the most surprising ways.

“I wonder how the book got to Guernsey? Perhaps there is some sort of secret homing instinct in books that brings them to their perfect readers.”

January 1946: London is emerging from the shadow of the Second World War, and writer Juliet Ashton is looking for her next book subject. Who could imagine that she would find it in a letter from a man she’s never met, a native of the island of Guernsey, who has come across her name written inside a book by Charles Lamb….

As Juliet and her new correspondent exchange letters, Juliet is drawn into the world of this man and his friends—and what a wonderfully eccentric world it is. The Guernsey Literary and Potato Peel Pie Society—born as a spur-of-the-moment alibi when its members were discovered breaking curfew by the Germans occupying their island—boasts a charming, funny, deeply human cast of characters, from pig farmers to phrenologists, literature lovers all.

Juliet begins a remarkable correspondence with the society’s members, learning about their island, their taste in books, and the impact the recent German occupation has had on their lives. Captivated by their stories, she sets sail for Guernsey, and what she finds will change her forever.

Written with warmth and humor as a series of letters, this novel is a celebration of the written word in all its guises, and of finding connection in the most surprising ways. [Goodreads Summary]

Why I want to read it: Those who know me will no doubt know why this one landed on my TBR shelf. What may be surprising is that I have yet to read it. The coming out of the movie on Netflix may be what makes me pull this one off my shelf sooner or later to read. Books, letters, and World War II fiction . . . This one has my name on it. 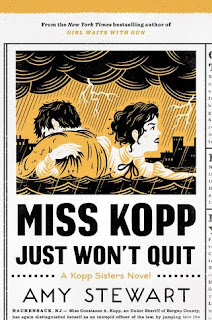 After a year on the job, New Jersey's first female deputy sheriff has collared criminals, demanded justice for wronged women, and gained notoriety nationwide for her exploits. But on one stormy night, everything falls apart.

While transporting a woman to an insane asylum, Deputy Kopp discovers something deeply troubling about her story. Before she can investigate, another inmate bound for the asylum breaks free and tries to escape.

In both cases, Constance runs instinctively toward justice. But the fall of 1916 is a high-stakes election year, and any move she makes could jeopardize Sheriff Heath's future--and her own. Although Constance is not on the ballot, her controversial career makes her the target of political attacks.

With wit and verve, book-club favorite Amy Stewart brilliantly conjures the life and times of the real Constance Kopp to give us this "unforgettable, not-to-be messed-with heroine" (Marie Claire) under fire in Miss Kopp Just Won't Quit. [Goodreads Summary]

Why I want to read it: Somehow I missed book three in this series (which I plan to remedy). I am so excited to see there is a book four. I really enjoy this series, loosely based on one of the first female sheriff deputies in the United States. 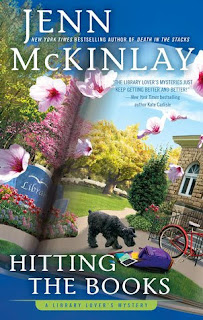 When a stack of library materials is found at the scene of a hit and run, library director Lindsey Norris finds herself dragged into the investigation as the police try to link the driver of the stolen car to the person who borrowed the books. Before Lindsey can delve into the library's records, the victim of the hit and run, Theresa Houston, suffers another "accident" and the investigation shifts from driver negligence to attempted homicide.

A clue surfaces in the confiscated library materials that could crack open the case and it is up to Lindsey to piece it all together. But things are not as they seem in the sleepy town of Briar Creek and when the driver of the stolen car turns up dead, Lindsey, her staff and her library friends have to hit the books before the murderer gets the last word... [Goodreads Summary]

Why I want to read it: I may not have yet read the first book in the series, but the previous book I did read I ended up loving. I can't wait to dive into this series again. Lindsey is a great character and what book lover can resist a series set in a library? 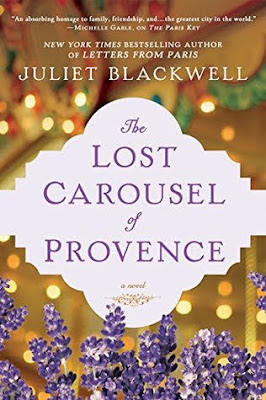 The Lost Carousel of Provence by Juliet Blackwell
Release Date: September 18, 2018 by Berkley

An artist lost to history, a family abandoned to its secrets, and the woman whose search for meaning unearths it all in a sweeping and expressive story from the New York Times bestselling author of Letters from Paris.

Present day, San Francisco. During her free time, professional photographer Cady Drake shoots local carousels, a hobby inspired by a gift that transformed her childhood: a wooden rabbit supposedly created by master French carver Gustave Bayol a century ago. And when she's offered a freelance assignment for a book on the antique merry-go-rounds of Paris, Cady can't refuse the opportunity to visit the famous carousels for the first time....

1900s, France. In a small town outside of Avignon, a husband and young wife struggle to keep up their ancestral chateau--and start the family they so desperately desire. For the children they hope to have, the Clements hire the famous Bayol to build a carousel, but as the carver and his apprentice work on the beautiful and whimsical creation, fate will entwine them all in unseen ways--for generations to come...

Present day, Provence. As Cady's research leads her to the dilapidated Chateau Clement and its fabled carousel that was lost to the ravages of World War II, she will uncover a shocking truth in a set of one-hundred-year-old photographs that could guide her in reuniting a family torn apart by petty jealousies over several generations. [Goodreads Summary]

Why I want to read it: My daughter and I are quite fond of carousels, and I am always interested in hearing the history of the ones we have had the chance to visit and ride. If that aspect alone did not draw me to the novel, the dual time line and the tie to World War II, certainly would have.