Sunday Post: April in Review & To Re-Read or Not to Re-Read

April In Review: April was an average reading month for me in terms of numbers, but it was a good month quality wise. I started out the month finishing Juliette Cross's latest, The Black Lily, a dark and fun fantasy romance novel featuring vampires and moved onto the more emotionally charged Etched On Me. I read two mysteries this month, one more of the thriller variety, The Girls Next Door (which was also my April TBR List winner) and a cozy set in England, A Killer Ball at Honeychurch Hall, which had me laughing out loud more than once. I also read the touching poems of Laura Foley about her father, called WTF: Poems.

My husband did a lot of reading with Mouse in April at her request. She usually gets to stay up a little later when he reads to her--which I think is part of her motivation. The other part being a break from me reading with her, I'm sure.

My Favorite Book Read in April: It is a tough choice this month. Etched On Me by Jenn Crowell made quite an impression on me, but, admittedly, I couldn't help but wear my work hat while reading it at times. Still, it's very good, tackling difficult issues, not to mention an inspiring story. The Black Lily, the first in a new series by Juliette Cross though was a book I raced through, hanging on every word. A vampire Cinderella story in a way, but Cross definitely adds her own spin making it very much her own. When all is said and done, I would have to say The Black Lily wins out as my favorite for the month. I hope to have my reviews for both books up for you soon.

Mouse's Favorite Book Read in April: It is a tie between an old favorite, Andrea Wang and Alina Chau's The Nian Monster, and a new favorite, The Legend of Rock Paper Scissors by Drew Daywalt and Adam Rex. After reading Daywalt's latest book, Mouse and I played several games of Rock, Paper, Scissors. It definitely adds a new dimension to the game.

Books Reviews Posted in April (but not necessarily read in April):

New to the Shelves: Saturday, April 29th was Independent Bookstore day, and I couldn't help but drag my family to our local indie store, The Cellar Door. I made sure no one walked out empty handed. 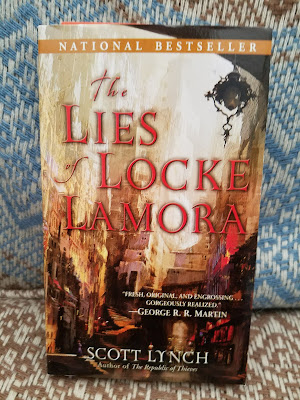 The Lies of Locke Lamora by Scott Lynch (Purchase for Anjin)
Doesn't this look good? I think I want to read it too . . . Again! by Emily Gravett (purchase for Mouse)
and her new handmade bracelet, which she sweet talked, puppy-dog-eyed her dad to buy her. 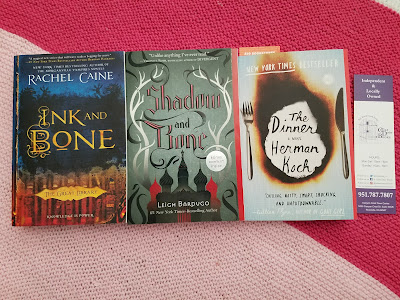 A recent e-book purchase from my wish list because it was on sale:

The Immortals by Jordanna Max Brodsky

What I Am Reading: I am in between books at the moment. I am sure I will be starting another one soon, but I am in that "What should I read?!" phase that often leaves me a bit stumped if I don't have a book already lined up to read next. Am I the only one that happens to? I am leaning towards Murderous Mayhem at Honeychurch Hill by Hannah Dennison, but Beartown by Fredrik Backman sounds pretty good too. Or maybe Gone Without a Trace by Mary Torjusson. Then there's Holly Jenner's Arena. The problem is too many choices . . .

What I Am Watching: I am all caught up with Blacklist (I think). Somehow my DVR stopped recording the episodes some time ago and I missed four episodes. It was interesting to get more of a back story about Mr. Kaplan, don't you think (for those who watch the show)?

What's Going On Off the Blog: More dental issues. My new permanent crown came out just two weeks after it was put in.  I hope it stays in this time.

I thought I would share a couple of photos from Mouse's Sunday gardening adventure from last weekend. Her plants are still alive, I am happy to say. For now, at least. 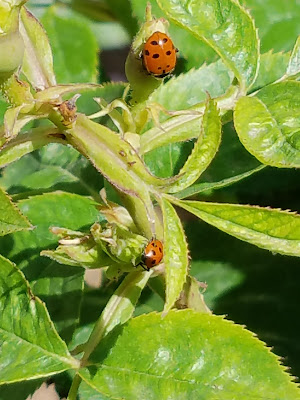 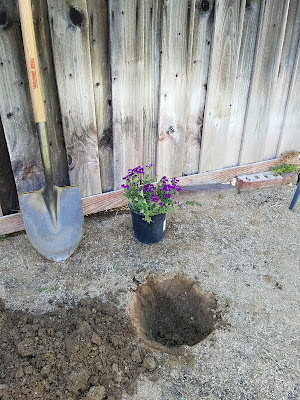 One of Mouse's plants ready to be planted.

It was your typical week in our household. Work, school, home and what not. Mouse is doing great with her school fundraiser readathon. She may not bring in a lot of money, but she's putting in a lot of reading time. As of right now, she's the top reader of all the Kindergartners in her school. The readathon ends on the 1st of May. Mouse still doesn't think she's a very good reader, but her confidence is definitely building. She bragged to a shop owner today that she can read Green and Eggs and Ham all by herself, but sadly not the Harry Potter books.

After soccer today, we spent some time in the library and came home with a stack of books. As I mentioned earlier, while out and about, we also stopped in at a local independent bookstore. We, of course, didn't come out empty-handed. I refrained from buying some of the independent bookstore day merchandise, but it was tempting. Mouse handed her dad a nicely packaged little square and asked him what it was. He quickly took it from her and put it back in the where she'd found it. I'm pretty sure he lied about what exactly it was (I was in line waiting to buy our books, and so was standing too far away to hear). It's one of those moments in which Anjin and I will be laughing about for years to come, no doubt. 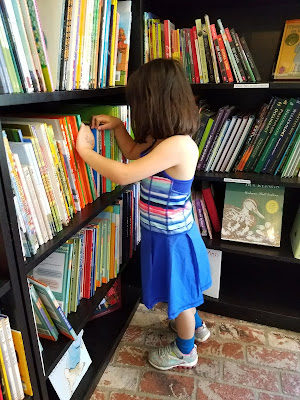 Searching for a book 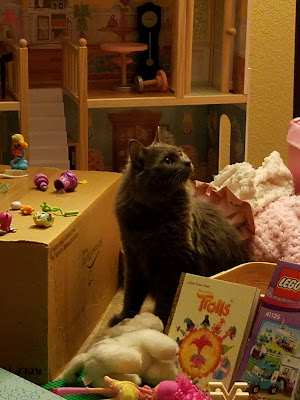 
This Week In Reading Mews:

How many books have you re-read? If you have re-read books, please tell us the book's title and why you re-read it.

Does this include children's books? Because if it does, I cannot even begin to list the titles of all the books I have re-read in the last few years since my daughter's birth. Nor could I tell you how many times I have read them. A zillion each, some of them.

I rarely re-read books for my own reading pleasure. So many books I haven't yet read I want to read is my usual excuse. It is not that I am opposed to re-reading. Because I am definitely not. One of my reasons for keeping a book after I have read it is because I want to re-read it. Someday. Ones I do not see myself reading, I give away.

The small few books I have re-read for my own pleasure include Jane Eyre by Charlotte Bronte, The Girl From the Limberlost by Gene Stratton Porter, and Pride and Prejudice by Jane Austen. The Girl From the Limberlost was a childhood favorite I could not get enough of. I've been considering re-reading it again now as an adult to see if it still holds the same magic. At the same time, I worry that it won't. Pride and Prejudice I thought was rather dull upon the first reading in college, but many years later I loved it when I read it again--the second reading because I wondered if perhaps I missed something the first time around. Age, in this case, did make a difference. It's one of my favorite classics now.  I loved Jane Eyre from the first moment I read it in high school. It was required reading. I fell in love with it again in college when it was required reading again. And I still love it--re-reading it for my own pleasure from time to time.

I listened to Naked In Death by J.D. Robb and liked it much better than I did when I read the print version years ago. It was one of those books I decided to revisit because it seemed everyone else loves the series, and I started to wonder if maybe I hadn't given it a fair shake. I did listen to Jim Butcher's Storm Front years after reading the book in print. I actually have a number of books in audio version that I read in print at one time or another. I am probably more likely to listen to a book I have read in print than I am to re-read these days. However, I am not a big audiobook listener, and so it's hard to say when I will get around to re-visiting a book that way either.

What about you? Do you re-read books? What are some of your favorites to re-read?
*


I hope you all have a great week! Happy Reading! 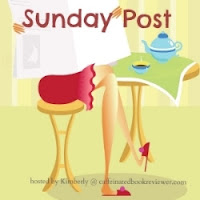 The Sunday Post is hosted by the wonderful Kimba, the Caffeinated Book Reviewer, and gives us all a chance to recap our week, talk about what we are reading, share any new books that have come our way, and whatever else we want to talk about.
© 2017, Wendy Runyon of Musings of a Bookish Kitty. All Rights Reserved. If you're reading this on a site other than Musings of a Bookish Kitty or Wendy's feed, be aware that this post has been stolen and is used without permission.
Posted by Literary Feline at 4/29/2017 09:00:00 PM